This year Art Factory International will perform a platform within its spaces under the name of Spazio CRUDO.

During the training period, international artists will shape their creations and residencies with AFI participants, with the pieces premiering at CRUDO space.

CRUDO has been envisioned as a neutral space where sharing and hosting young professional figures is made possible.

A space envisaged at connecting artistic and critical domains, as well as presenting first run and performance premieres.

The residency will focus on the energetic and physical repertory vocabulary from the three first pieces of Ultima Vez: “What the Body Does Not Remember”, “Les Porteuses de mauvaises nouvelles” and “The weight of a hand”. It is about movement “as a theatrical act”.
Participants will follow the creation process going from the origins of the material, the working transitions until the final performed results. This vocabulary will be also the starting point to a guided development of the participants’ own choreographic work. Creating their compositions through the form, the emotion, the strong theatrical atmosphere and the intention of the proposed material.
We will explore and confront this material through improvisations, floorwork, contact and partner work, group forms and objects’ manipulation. To arrive to This vocabulary will also be the starting point with a wide range of concepts such as: tension, instinct, chaos, sensuality, risk, trust, protection, dependency, power, strategies, neutrality, physical extremes. 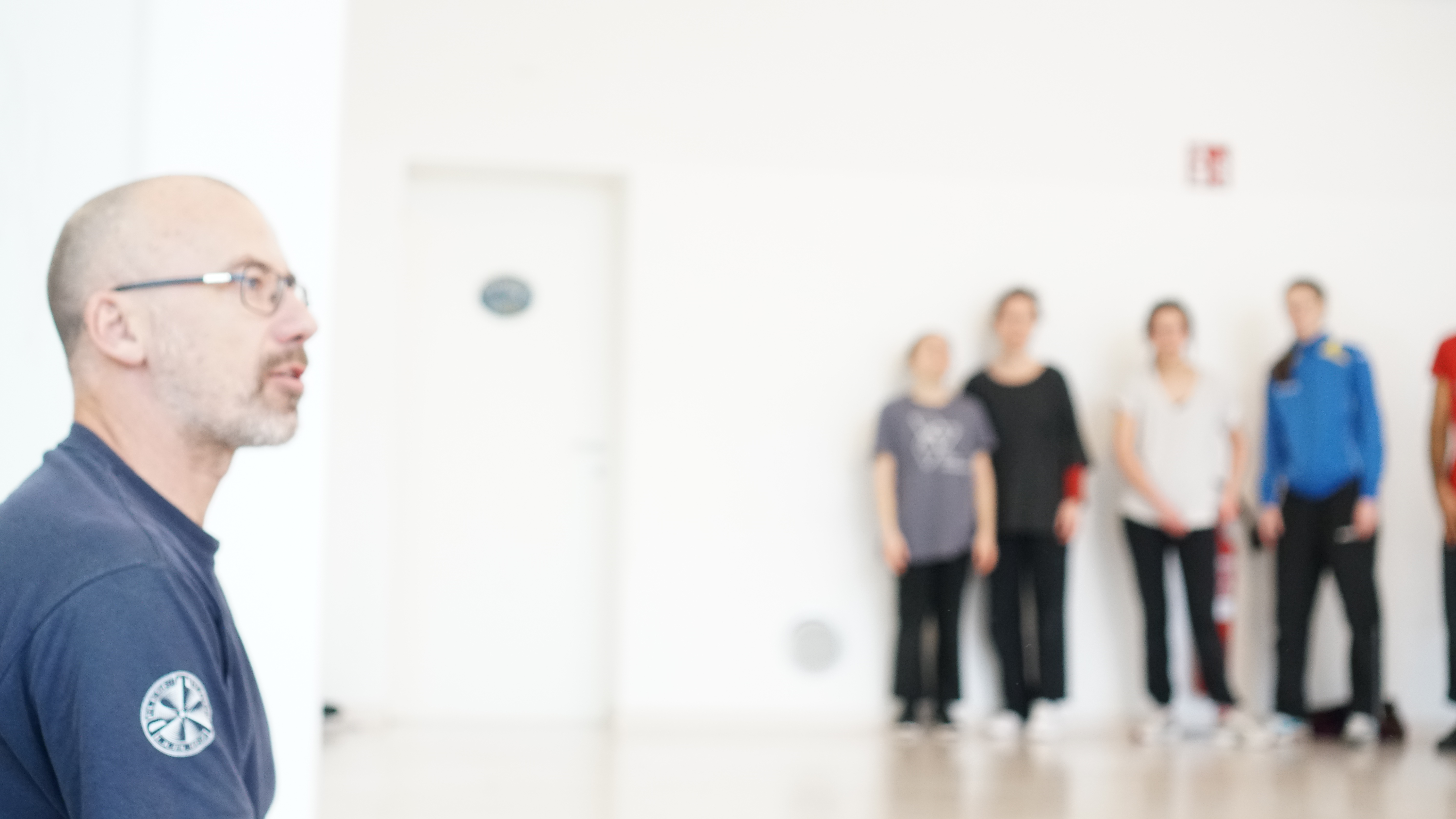 Eduardo Torroja born in Madrid, Spain, where he studied dance and theatre. In 1986 he moved to Brussels to collaborate with Wim Vandekeybus as a choreography assistant, trainer and performer for the very first Ultima Vez productions “What The Body Does Not Remember”(1987), “Les Porteuses de Mauvaises Nouvelles”(1989), “The Weight of a Hand”(1990), “Blush”(2002) and “Sonnic Boom”(2003) and the film “Roseland”(1991). During the nineties, he worked with Rosas – Anne Teresa De Keersmaeker in “Erts” and “Mozart -Concertaria’s: Un Moto di Gioia”. And also with Needcompany – Jan Lauwers – Grace Ellen Barkey in “Rood-Red- Rouge”, “Morning Song”, “The Miraculous Mandarin”, “Caligula” and “King Lear”.
Has restaged and directed the Ultima Vez remakes of “What The Body Does Not Remember” (1995, 2002 and 2013) and “Les Porteuses de Mauvaises Nouvelles”(2004). He is given Ultima Vez repertoire workshops in Leuven, Volgograd, Brussels, Madrid, Amsterdam, Seville, Rotterdam, Lisbon, Tokyo, Sao Paulo, Seoul, etc…

Exploring physical extremes and characterisation; this workshop will look at ways of creating scene ideas using theatrical and physical

tools, and then on how to develop and refine those ideas.
How does a dancer approach character, how does a character dance?

We will explore methods of generating material that play with the personality, strengths and weaknesses of the individual, in the attempt to find unique and specialised material.

Much of this work is inspired by Jos’ experience working with Peeping Tom. 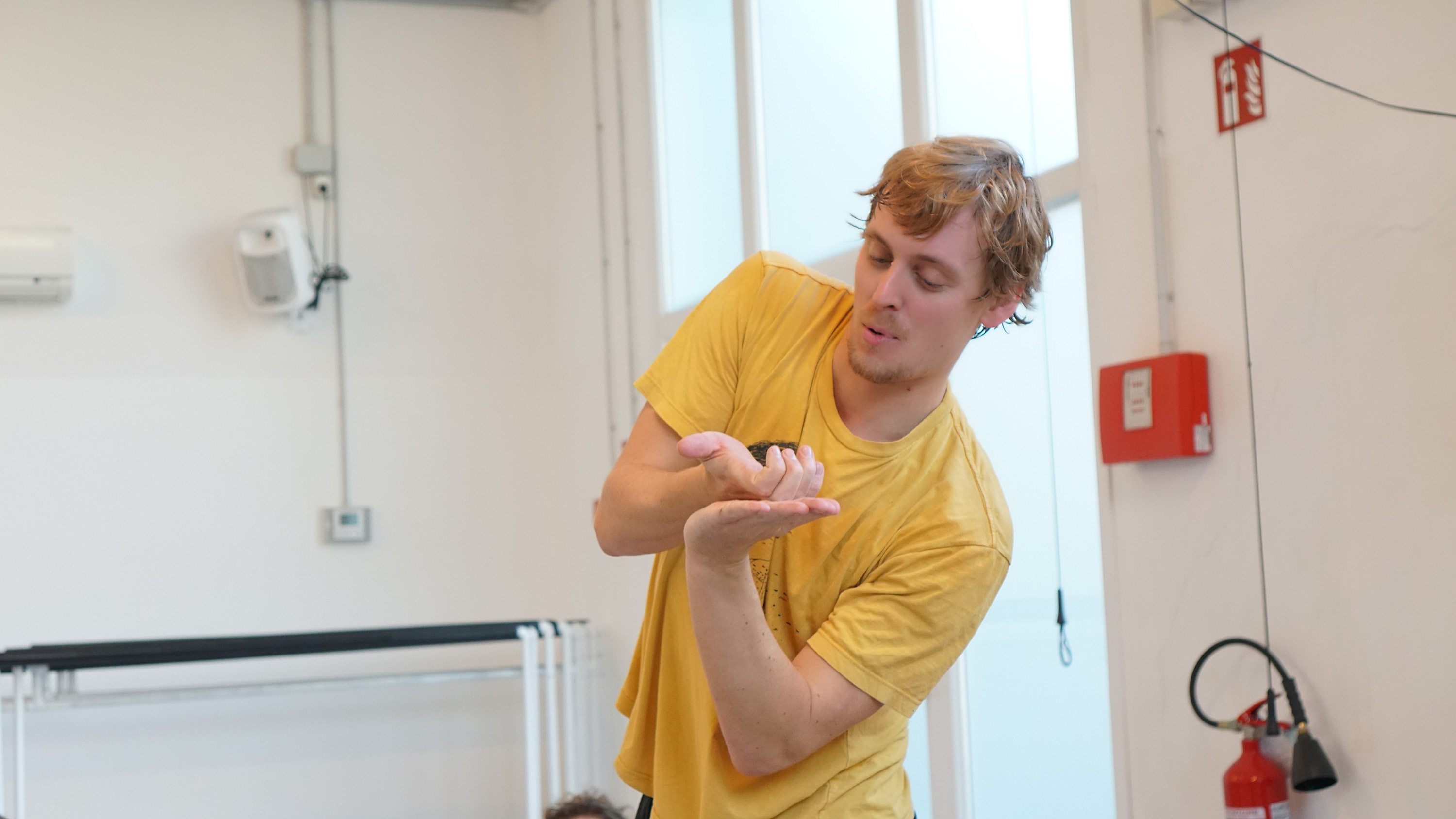 Jos worked for Peeping Tom as a dancer, actor and collaborator, principally with the productions 32 Rue Vandenbranden, and A Louer. Since then he worked for DV8 Physical Theatre on the production of John then began directing and performing in the promotional events for Petit Bateau’s Cedric Charlier collection. Other stage works include In the process of.. by Zoi Dimitriou and Plastic Junkies by Antonin Comestaz.
On film Jos made several music videos and short films, including: Forgot to live by Ay Wing, and Let it Roll by Mustard Gas and Roses directed by Koen Mortier, J’te Ramene directed by Yves Housmann and Biegga savkala duoddariid duohken lea soames by Elle Sofe Henrikseni, as well as several commercials.
He has created several of his own works, including: Creature Man Don’t Tell Me, Feedback, What do you do?, We were youth, Tidal Breath, Let us not ask where it leads, Understanding Sugar and Of no fixed abode.
He also teaches internationally, offering a range of classes and workshops for professional dancers at intstitutions including SEAD, Ballet Junior de Geneve, PARTS Summer School, TrinityLaban, The Place, Amsterdam Thea- tre school, Northern School of Contemporary Dance, Codarts, Deltebre Dansa, El Danseu Festival, Tripspace Projects, Ravnedans, Jetsummer, Staatstheatre Kassel and many others.
Jos started his dance training at the age of 7 with Oxford Youth Dance and then continued his formal education first at The Laban Center London and then at PARTS [Performing Arts Research and Training Studios] in Brussels. Throughout this training he has studied many techniques and approaches, including: Ballet, Release, Cunningham, Graham, acting, Capoueira, Popping, Salsa, Tango, Contact Improvisation, Flying Low, Passing through, Forsythe improvisation Technologies, Labanetics, Physiology and Physics.