CROWDS is a mutlichannel dancefilm installation investigating the choreography of politicized crowd distinctions. On December 17th the AFI artists will perform our first sketch of the dance in which they, as a crowd of 25, will fluctuate between 13 different crowd types, beginning and ending with a single queue. 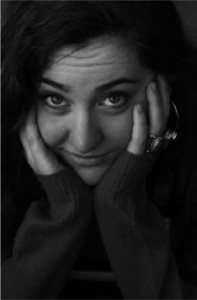 Sarah Friedland is a filmmaker and choreographer who works at the intersection of moving images and moving bodies. Her narrative shorts and experimental dance films have screened in festivals including the New Orleans Film Festival, Cucalorus, Santa Barbara International Film Festival, Anthology Film Archives, at dozens of screendance festivals internationally and have been featured on PBS’ Channel Thirteen and on Vimeo as a “Music Video We Love.” Her choreography has been presented at Dixon Place, WestFest Dance at Martha Graham Studio, Gibney Dance, Triskelion Arts, Brooklyn Arts Exchange, and Earthdance. Her work has been supported by grants and residencies including the Dance Films Association, The Bellwether, Rhode Island State Council of the Arts/NEA, and Berlinale Talents where she was one of 10 selected screenwriter/directors for the 2017 Script Station/Project Lab. She is a graduate of Brown University’s department of Modern Culture and Media.