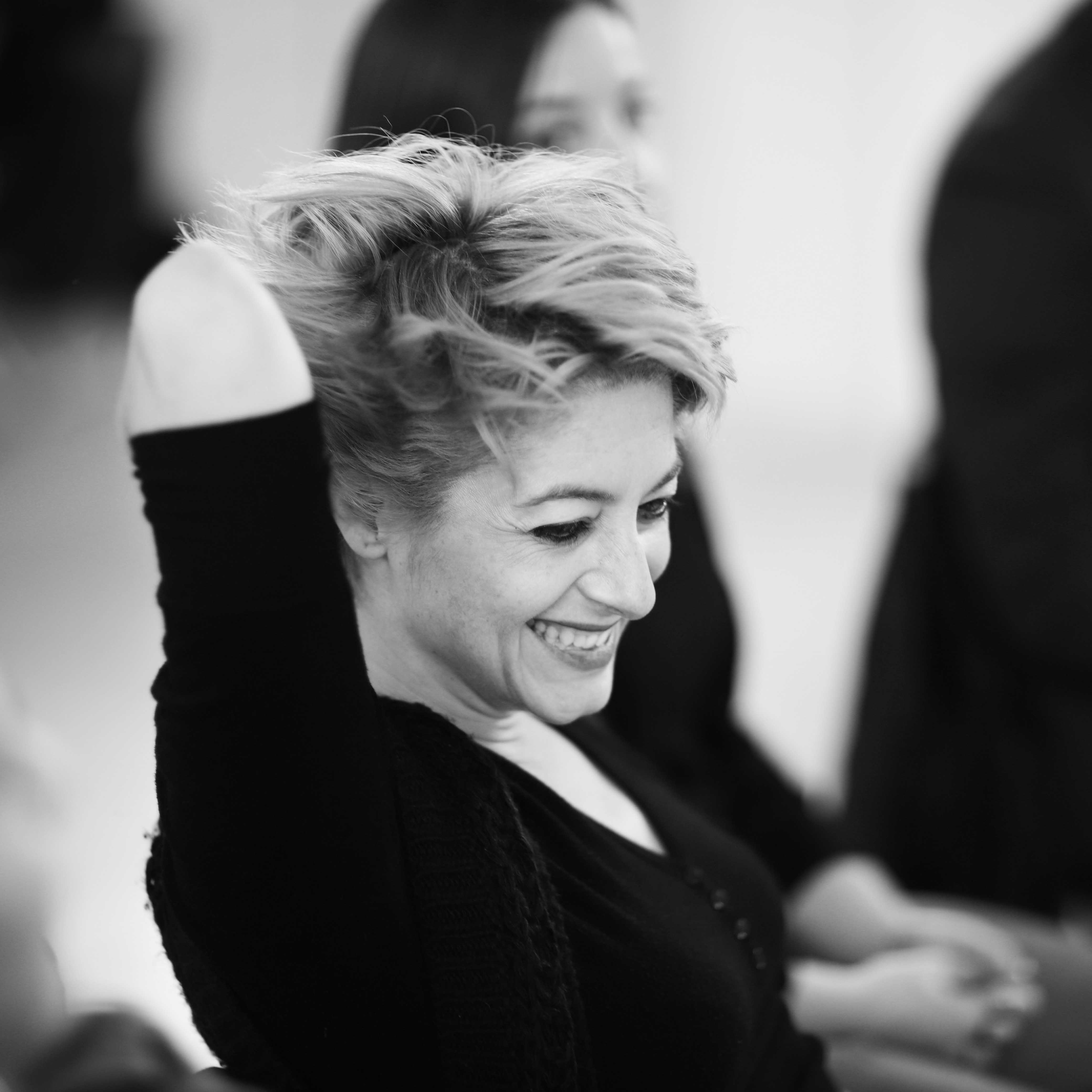 After 10 years of Vaganova Ballet training, she continues her dance education with Teri J. Weikel, Frey Faust (becoming one of the first teacher of Axis Syllabus, Frey Faust’s method), Ivan Wolfe, Janet Panetta. 1993-1997 she works for the american choreographer Teri J. Weikel and she dances for all the productions of her company (TIR DANZA, Modena).
1999-2002 she works for Carolyn Carlson in the company Biennale di Venezia dancing in “Light Bringers” and “J.Beuys Song” (music by Giovanni Sollima and Maurizio Curcio) choreographed by Carolyn Carlson.
She also works for “Palindrome dance company” (Robert Wechsler, Nurnberg). She creates for herself as young choreographer one solo, “Soloperdue” and “Long Necked Chicken”, a duet with the italian musician Luigi Mosso performed in Italy, France and Czech Republic: Festival Drodesera-Trento, Festival Lavori in Pelle-Ravenna, Cantieri Teatrali Koreja-Lecce, Festival Ammutinamenti-Ravenna, Festival Danae-Milano, Teatro Due-Parma, Bassano Opera Estate Festival, Tanec Praha Festival, Festival de la Cité de Lausanne (Marco Cantalupo).
2008-2009 After “Progetto Canova” a dance project with the Israeli choreographer Iris Erez, she is selected together with her collegue Valentina Buldrini for the “Choreoroam”, a project of ten young choreographers (Italy/Bassano Opera Estate, UK/The Place London, Netherlands/Danse Atelier Rotterdam) and they create a duet “I sold my furcoat”.
2009-2014 she works for Deja Donne (Simone Sandroni and Lenka Flory) dancing in their production “A Glimpse of hope” , “P.S. Martina La Ragione”, which is a Portrait that Sandroni created for her, “Not Made For Flying” and “Quartet”.
For the creation of “Not Made For Flying”, she was in Munich with Sandroni at the Muffathalle in residency and premiered at the Schwere reiter in 2010.
Since that moment her work in Munich intensifies:

-she works for Simone Sandroni as assistent for the creations “Das Madchen und der Messerwerfer” committed by the Bayerische
Staatsballett
-she continues to collaborate with the Bayerische Staatsballett as choreographer for “Anna Tanzt” and “Heinrich Tanzt”, a joint
production of the Bavarian State Ballet/CAMPUS, the city Heinrich-Heine Gymnasium (from 2010 to 2016)
-she takes part at the Festival Think Big 2014
-she is one of the chosen choreographer for the KulturTagJahr 2014/15 at Luitpold-Gymnasium
-she works as choreographer in MAYA, a Mixed-Reality-Techno-Opera in the ruins of the heating plant Munich-Aubing 18th – 22th October, 2017,
a project of the composer Mathis Nitschke (SCENARIO, MUSIC AND DIRECTION) with the amazing opera singer Martina Koppelstetter as Maya

2011 she wins together with Valentina Buldrini the “Premio Equilibrio” at Roma Auditorium with the duet “WILL” (president of the jury Sidi Larbi Cherkaoui) performed in Milano, PIM OFF , Paris, June Events at (Carolyn Carlson), NID Platform, Pisa (Italy), Edimburg Fringe Dance Base Festival 2014.
2013-2014 she dances for Romeo Castellucci in “Parsifal” at Teatro Comunale di Bologna” , choreographed by Cindy Van Acker.
2016-2018 she continues to collaborate as dancer and choreographer with Deja Donne under the new artistic direction of Virginia Spallarossa and Gilles Toutevoix. She creates her new solo “I Always Wanted to Be…”
She wins the Call for young choreographers “Resid’AND” at the Accademia Nazionale di Roma creating “Modo” a piece choreographed for the contemporary triennial students.
Guest choreographer at DAF (Mauro Astolfi dance center, Lanificio, Rome) for the professional Daf Project. She is working for the Italian dancer and choreoghrapher Gabriella Maiorino, (Italy/Amsterdam) for her last new project UOVO wich will premiere in winter 2020.
Contemporary Floorwork teacher for the professional training course at AFI (Art Factory International, Bologna) and for ANFIBIA performing platform, under the artistic direction of Carlo Massari.
2019-2020 she works for the project with the kids of the city “Suchen & Finden” at Tanztheater Wuppertal Pina Bausch (2019) and she dances in “Seven deadly sins” 2019/2020 (choreography by Pina Bausch). 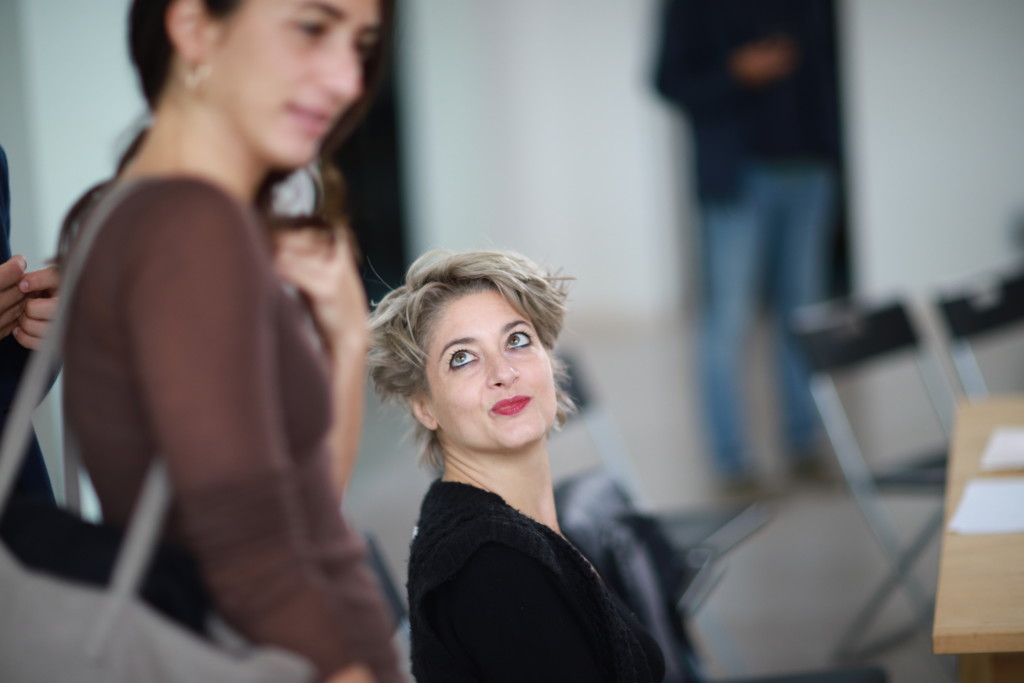