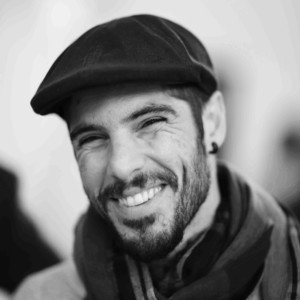 Renato Scarpellini Fernades Dos Santos, Contra Mestre Primo, is the official head of Cordão de Ouro group in Italy and ASD Cordão de Ouro Italia. He was born in Ituverava, Sao Paulo on July 22, 1986. At age three he moved to the family in Guaratinguetá, the birthplace of his father’s family. At the age of five, in 1991, he had his first contact with capoeira at the Accademia Cordão de Ouro in Guaratinguetá, where his uncles, Mestres Ponciano and Zé Antonio gave lessons. Under the responsibility of Mestre Ponciano and the approval of Mestre Suassuna, in 2007 he qualifies for the Capoeira, obtaining his graduation as a Professor. In the same year he graduated in History at the University of Taubaté (UNITAU), São Paulo, where he began a research work on Brazilian culture, and in particular on the cultural manifestation of Capoeira art. Contra Mestre Primo has always supported history studies at Capoeira, placing them as the most important points of his life and working intensely as a teacher in both areas to date. In 2010 there is the opportunity to start a new life in Bologna, where he intends to continue his studies and to expand the teaching ground of Capoeira and the Cordão de Ouro group. In 2011 he received Mestre Ponciano, Conta Mestre’s formation and in the following year he started extending his work also in other areas of Emilia Romagna: Ferrara, Budrio, San Giovanni in Persiceto, S. Matteo of Tenth and Crevalcore. Its value in Capoeira, its energy and ability to engage, as well as its great talent in singing and music are recognized internationally. In 2013 she handles Monitor graduation to her two older students who in turn begin working with Capoeira.